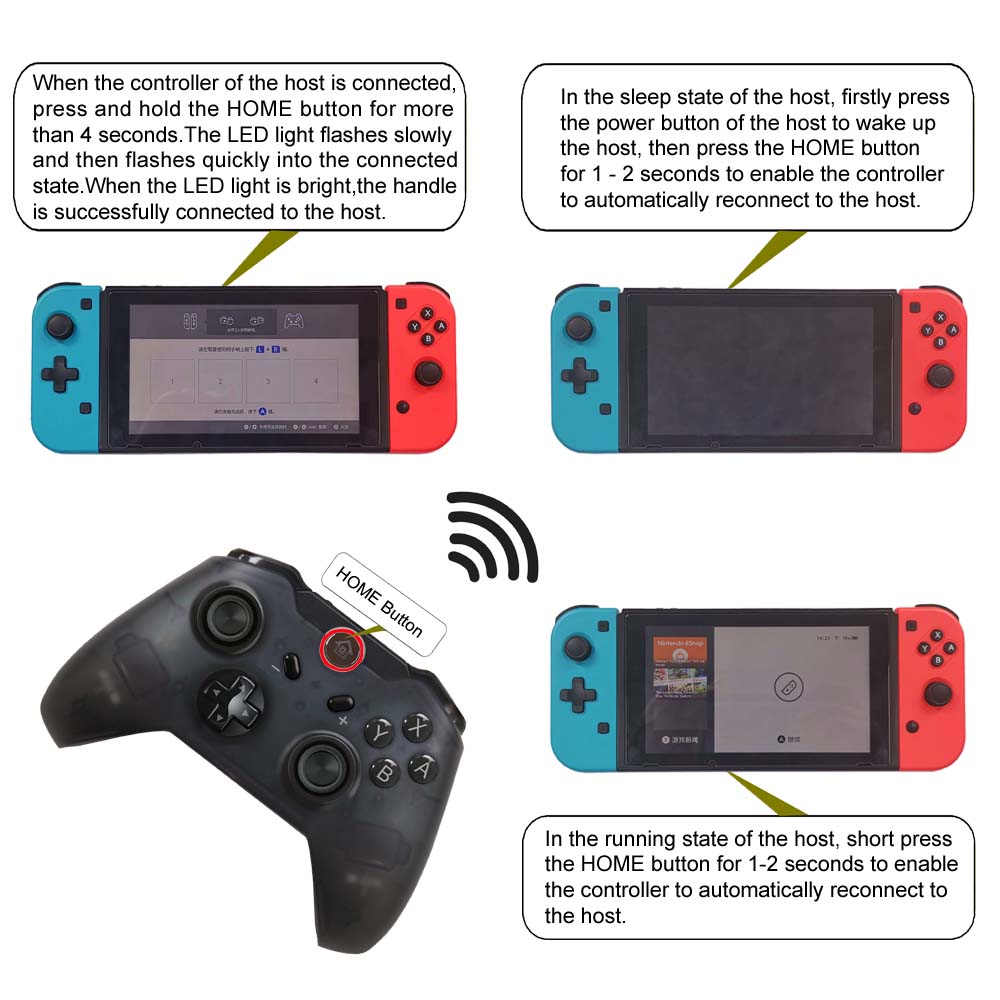 Controller Features
1) This Pro controller is compatible with Switch console and Windows PC.
2) No need to install any driver, it can be used once connected to Switch console.
3) One-key connecting mode for ease of handling
4) It supports motion sensing via built in Gyro and double-shock function via built-in dual motors.